The term ‘Pilates’ and the Pilates method of conditioning exercises originate from the work developed by Joseph Hubertus Pilates (1880 – 1967).

Joseph was born in 1880 near Dusseldorf, Germany. He suffered from ill health as a child, however, determined to overcome his frailties he dedicated his life to becoming physically stronger. He worked hard at improving his fitness through body building, diving, skiing, gymnastics, boxing and self defence. In 1912 Pilates travelled to England to work as a boxer, circus performer and self defence instructor. On the outbreak of war he was interned due to his Nationality – this gave him the opportunity to refine his ideas about health & fitness by working with fellow interns. Working in the hospital with injured soldiers, he started taking springs from the hospital beds and setting up pulley systems to get them moving injured legs, aleady convinced that they would recover more quickly moving, than they would lying in bed. If you look at a lot of the equipment in a well furnished Pilates Studio, you will be able to see the similarities to hopspital beds, springs and pulleys!

Pilates was so successful in his fitness training that on return to Germany after the war, he was invited to train the new German army. Realising the implications of this he made a decision to emigrate to the USA, to continue his work. On this journey he met his future wife Clara, who also went on to become an experienced teacher under his guidance, and they set up their first studio in New York in 1926.

It is fascinating to think of how way ahead of his time, Joseph Pilates was, and how much of his original work, we are very closely practicing today. We are opening our lovely studio in Totnes again very soon! There is no time like now to talk to us about Pilates. Let us talk to you about how we can support you to recovering your body. Things have been so very different over the past 12 months FIND OUT MORE > 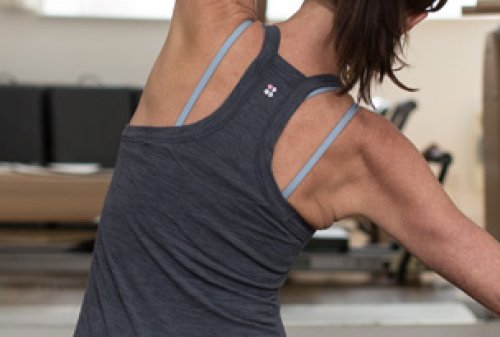 Our classes are small (up to 5 persons max) and often full, however, we are adding new classes all the time, so if we don't have something to suit you, we will do our very best to arrange something!